20011002-NAMAKO, AFGHANISTAN: A resident of Afghan Namako village seats on the roof covered of the maize for dry, some 70 km from Kabul and 300 metres from Taliban positions, 02 October 2001. NATO said Tuesday, 02 October 2001, the US had furnished the necessary proof that Osama bin Laden's al-Qaeda network was behind the September 11 attacks against Washington and New York, clearing the way to activate its "all-for-one" Article Five pact. 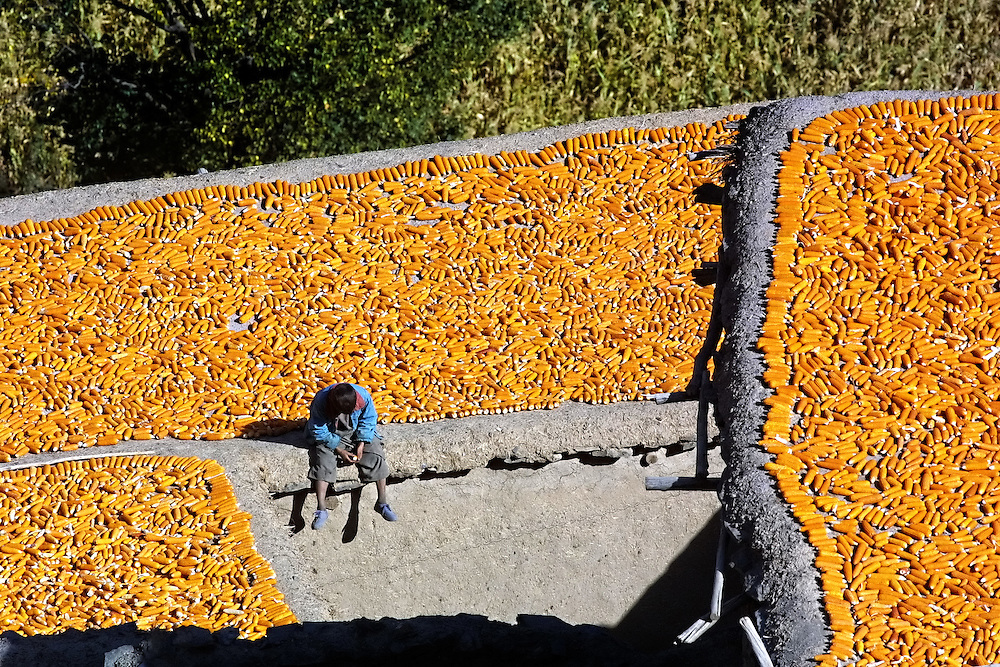