A couple Petr Gavrilov (69) residents of the house for an old released prisoners launches a pigeon from the roof of his house in a village Blagoveshenka, Kemerovo region, Eastern Siberia, Russia, 16 August 1995. Blagoveshensky house for an old former prisoners a special institution which is a part of a penitentiary system where live former prisoners which have age more then 55 years after released and haven't house or an apartment and relatives. Petr Gavrilov (69) and Zinaida Abramova (65) more then 60 years on they two lived in prisons for different crimes. They met here after released and started leave together in small separate building with dovecote on the roof. 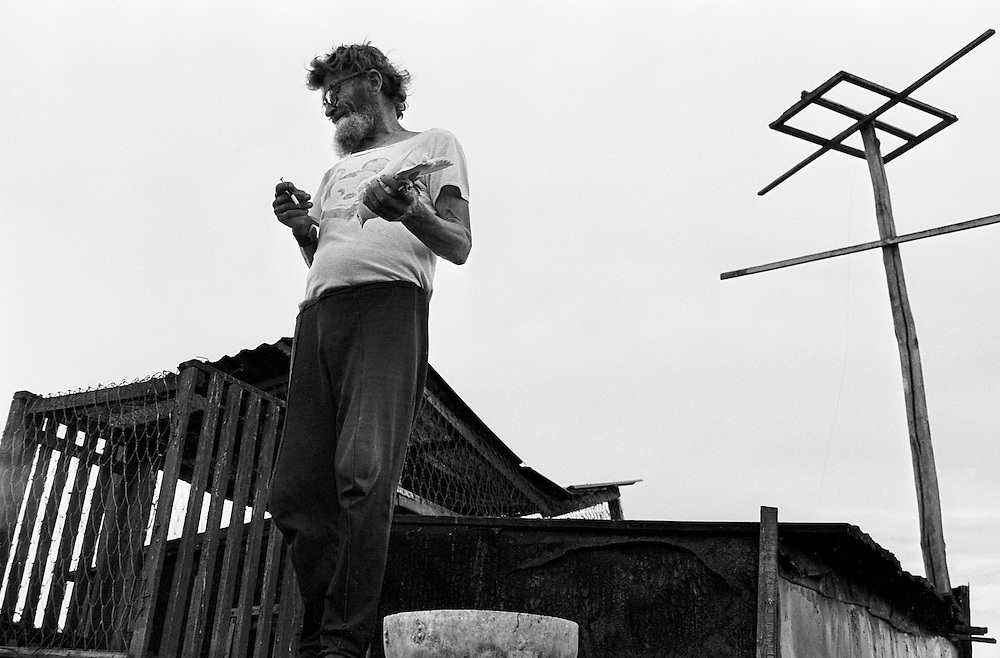