Russian soldiers stand guard in downtown of Moscow during a constitutional crisis in Moscow, Russia, 01 October 1993. The constitutional crisis of 1993 was a political stand-off between the Russian president and the Russian parliament that was resolved by using military force. The relations between the president and the parliament had been deteriorating for a while. The constitutional crisis reached a tipping point on 21 September 1993, when President Boris Yeltsin purported to dissolve the country's legislature (the Congress of People's Deputies and its Supreme Soviet), although the president did not have the power to dissolve the parliament according to the then-current constitution. Yeltsin used the results of the referendum of April 1993 to justify his actions. In response, the parliament declared that the president's decision was null and void, impeached Yeltsin and proclaimed vice president Aleksandr Rutskoy to be acting president.The situation deteriorated at the beginning of October. On 3 October, demonstrators removed police cordons around the parliament and, urged by their leaders, took over the Mayor's offices and tried to storm the Ostankino television centre. The army, which had initially declared its neutrality, by Yeltsin's orders stormed the Supreme Soviet building in the early morning hours of 4 October, and arrested the leaders of the resistance. The ten-day conflict had seen the deadliest street fighting in Moscow since October 1917.[2] According to government estimates, 187 people were killed and 437 wounded, while sources close to Russian communists put the death toll at as high as 2,000. 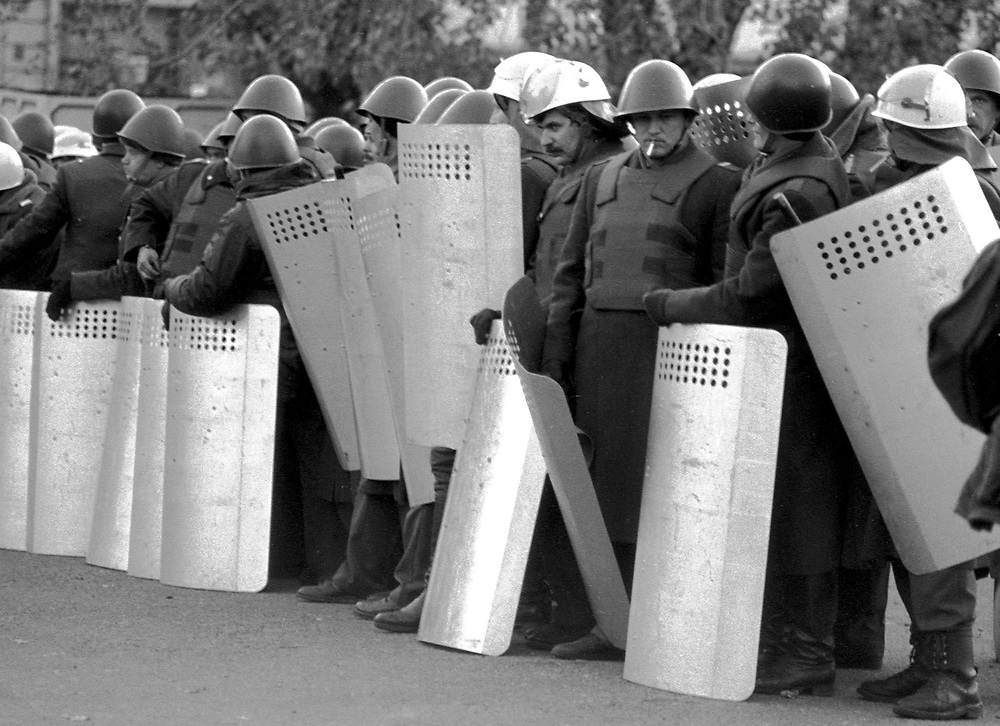